If you’ve been complaining about your job, remember that there are people out there whose regular day job involves extracting venom from scorpions. But there’s good news for them; a team of researchers has finally designed a robot that can safely extract venom from scorpions.

The traditional method of extracting venom is a manual one. This involves various risks including potentially deadly scorpion stings and electric shocks. Identifying the need for a safe alternative, a team of researchers from Ben M'sik Hassan II University in Morocco led by Mouad Mkamel have created a robot that safely extracts venom from scorpions both in the lab and the field. Mkamel states, "The extraction of scorpion venom is a very difficult task and usually takes at least two experimenters." He further adds that the device completely eliminates the risk factors the researchers and experimenters were exposed to up until now. "It is designed to extract scorpion venom without harming the animal and to provide more safety for the experimenters," explains Mkamel.

The current venom extraction methods rely on mechanical and electrical stimulation; these methods are largely unreliable and dangerous. Apart from exposing the experimenter to deadly scorpion stings, there is also a chance of puncturing a venom gland which puts the animal at great risk. The VES-4® robot clamps the tail of the scorpion and electrically stimulates the animal to express the venom which is then safely stored. Although the stimulation involves mild electric shocks, the animal is not harmed in any way. The device has also been tested on multiple species of scorpions and there can be specific settings for different species. The VES-4® is lightweight and easily portable which makes it extremely convenient for researchers. "VES-4® could be used by one person using a remote control to safely recover scorpion venom remotely," says Mkamel.

Finding a safe way to extract scorpion venom is great news for medicine because it’s used for various medical applications such as painkillers, immunosuppressant drugs, anti-malarial drugs, and most importantly, in cancer research. 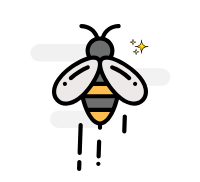